I’ve recently joined meetup.com, and signed up for some photography workshops. I attended one at a studio in Etobicoke, which was interesting, as I know nothing about studio lighting and flash.

I’ve been watching the Sony-sponsored events, but they fill up quickly, but I did add my name to the waiting list for a fashion week event. Friday at 16h30, I received an email inviting me to attend a runway presentation at 19h30. Often at these events, Sony provides some gear to try out, but this was a BYOC event. I packed up my NEX5n, my SLE18200 lens, emptied a memory card, charged a battery and went down to David Pecaut square. 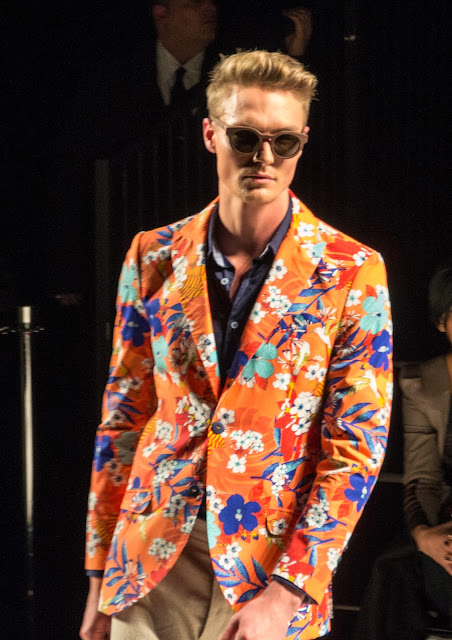 I know a lot of the Sony gang from media events, so it was nice to chat with Christina, Michael and David. The workshop was led by Patrick, who told us we’d have good seats for the 20h00 show, presenting the new line from bustle, a Toronto studio designed primarily men’s apparel. They’ve apparently also designed some camera straps specifically for Sony cameras. The show also featured wooden framed sunglasses (made with Zeiss glass) from Custom Projects. The other participants included some fashion photography students and some who appear to be regular participants at Sony events.

Patrick suggested the following settings: ISO 1600, f5.6, 1/200, AFC. He recommended that you pick a spot on the runway in front of you, let the models enter the frame and start snapping. Sony had seats near the end of the runway, in rows 4,5 and 6. I picked the back row, reasoning that I’d be able to stand up if needed. 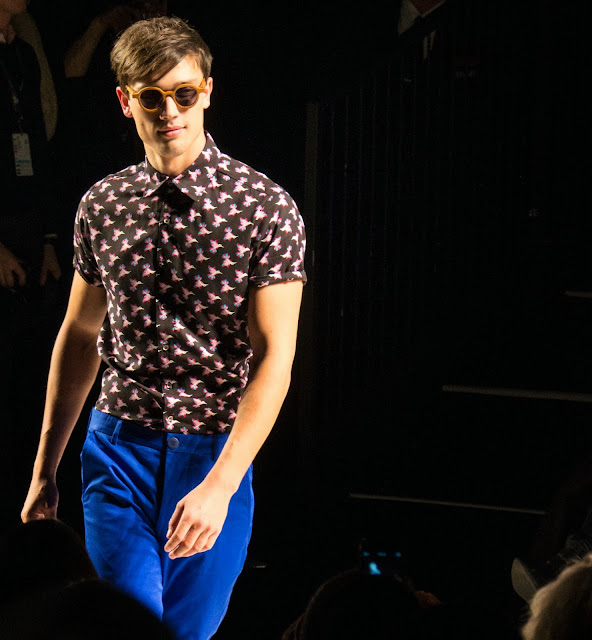 In reality, the only good position to photograph at a fashion show is at the end of the runway in the photographers mosh pit. And here’s what happens – the models proceed down the runway at breakneck speed, pose for a few seconds at the end of the runway and dash back. So, for those sitting on the side, not many good opportunities to actually see the clothing, never mind take photos. With so much movement and so little time, even getting focus was a challenge. I decided that when the model finished posing and turned (hopefully to the left, as we were on the left side of the runway) I’d get a few shots in.

I did manage to get off a few good snaps. 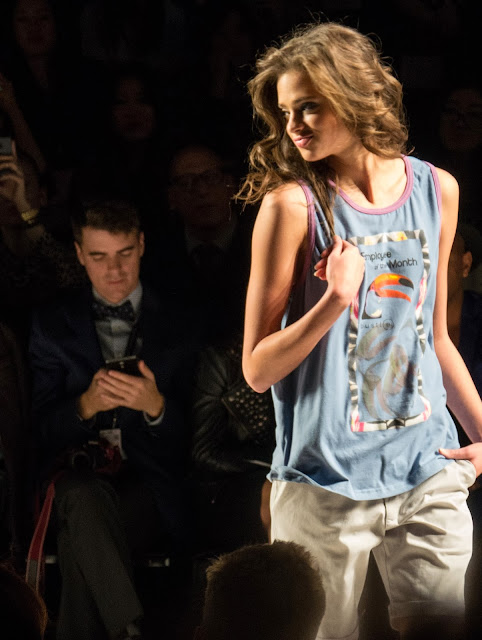 Patrick’s settings did work, but I did have to make some adjustments in Lightroom, as the highlights were slightly over-exposed. 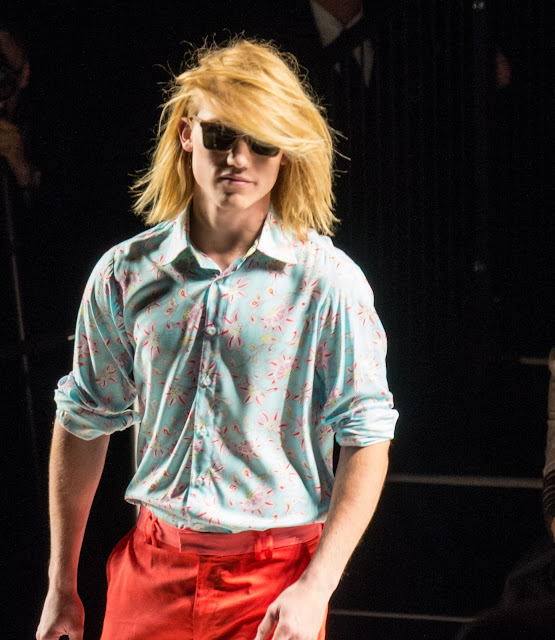 That was fun, I’m looking forward to the next event.