If you’re tempted by my video about cycling along the Niagara Parkway, I have some additional suggestions for an enjoyable ride, now that we’ve been out for a ride several times this year.

So you don’t have to go searching, here’s the video – new tips are below …

Zoom bike rentals has opened a kiosk on the Niagara Parkway at East West LIne. We’ve been picking up rental bikes for our friends without bikes there, as it eliminates the need to bike into and through Niagara on the Lake, which is always busy with traffic.

We’ve been venturing off the Recreational Trail, and find that the concession roads and lines are relatively lightly travelled. Starting from Queenston, at the bottom of the hill turn left along York Road, and then right at concession 2 (the first road on your right. Head north along concession 2 and turn right on line 9, 8, 7 or 6 back to concession 1 (which doesn’t go as far as York Road). If you’re adventurous, you could travel along York Road to St Davids, turning right (north) along Four Mile Creek, which has a little more traffic, but also Chocolate F/X, which offers tours of their chocolate factory.

The ride through the concessions and lines is pleasant and picturesque, with the Brock Monument visible from much of the plain north of the escarpment. There are orchards with peaches, cherries and pears as well as other vegetables and nurseries. It’s a nice alternative to the trail, which adds a little variety to the ride. 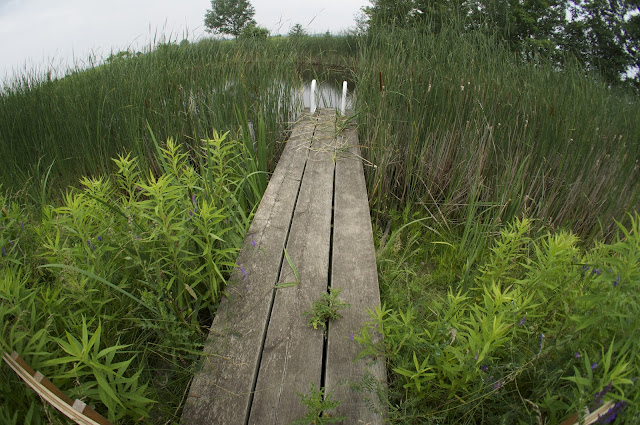 A very agreeable spot for a picnic lunch is Frogpond Winery, at concession 1 and Larkin Rd (between 5th and 3rd line). There’s a lovely yard with chickens, sheep and (wait for it) a pond with frogs. There’s a picnic table in a shady spot. We found several wines to enjoy – we selected the Gamay to accompany our bread with paté.

Continuing north on line 1, you can stop at Marynissen for a tasting and then turn right again at line 3, past Inniskillen to return to the trail. 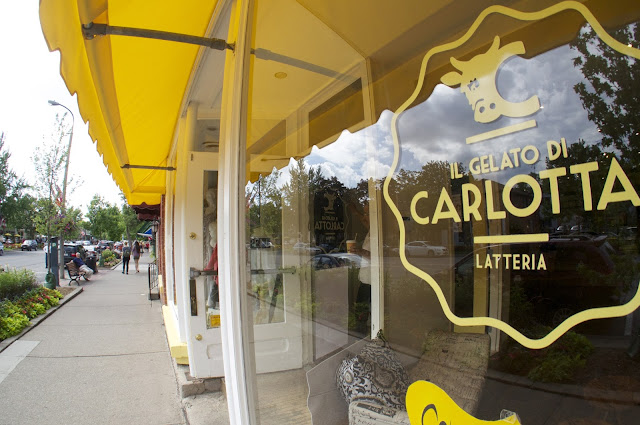 In Niagara on the Lake, a new gelato place – Il Gelato di Carlotta – opened in June. You’d have to understand my devotion to Cows to appreciate my unwillingness to try any other ice cream vendor in NOTL, but the first time we walked by we’d already been to Cows, and they insisted we come in for a tasting, understanding we wouldn’t be making a purchase. I tried a couple of flavours, including the pistachio. It’s superb – but so are their other flavours. I tried a green apple and maple syrup which was absolutely heavenly. So we’ve been back, but alternating between the Cows and Carlotta. Everyone who’s been with us is similarly impressed by the quality and the purity of the flavours.

For fresh fruit, locals recommend The Fruit Shack. If you’re headed back to the QEW from  NOTL along Niagara Stone Road, it’s on your left just as you leave Virgil.

If you’re on Niagara Stone Road, stop at Niagara Oast House Brewers. When we were there recently, we sampled several interesting beers, including a strawberry-rhubarb flavoured beer. Ordinarily, these taste gimmicky, but both John and I agreed that the balance of fruit to beer flavours was absolutely perfect. Sadly, they brew in small batches and are now sold out. However, worth dropping by to see what’s new.

Seven things you need for a great bicycle ride